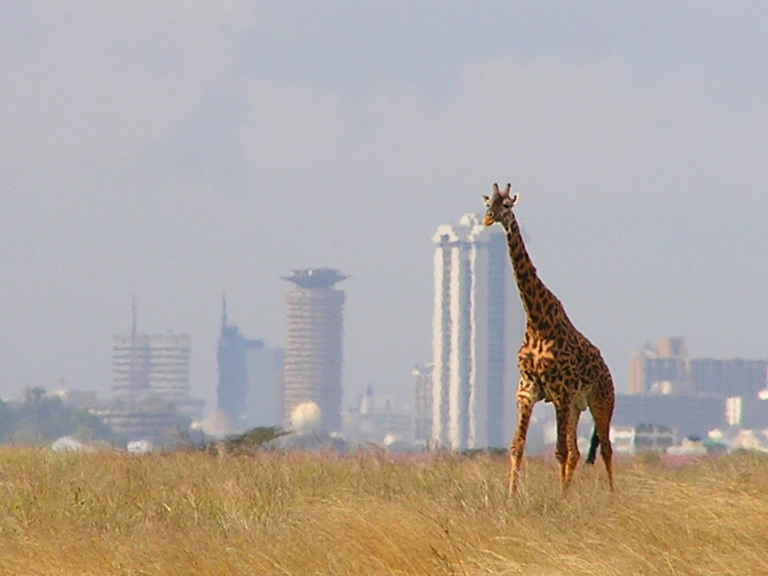 Documents revealing how MPs were spending taxes led to outrage in Kenya and helped ensure some of the country’s worst-offending MPs were not re-elected. Tax-payers are increasingly demanding to know how their money is being spent, helping to reduce corruption and mis-management of funds by MPs.

He isn't an MP and has no plans to run as one. But a series of reports he devised, which investigated development projects funded by taxpayers' money, have become a tool in fighting corruption in the government.

Dubbed Citizens Report Cards, these documents were published just weeks before the 2007 elections and revealed to the Kenyan public for the first time how MPs were spending their taxes. The results were quite shocking. Incomplete or abandoned projects, contracts and jobs given to family members and funds used for campaigning were just some examples of the corruption, mis-management and incompetence the report revealed. The information helped ensure some of the worst offenders were not re-elected.

Today's politicians aren't waiting to be exposed by further reports – they are scrambling to work with Mr Otieno and his colleagues at the National Taxpayers Association.

"I have received calls from at least 30 MPs over the past month wanting to work together with us," says Mr Otieno, revealing a text message on his mobile phone from former justice minister Martha Karua, now MP for Gichungu, confirming their meeting. "They want to ensure money provided by central government for local development projects is spent wisely. We want MPs to know that we're watching what they do."

Mr Otieno is national coordinator of the National Taxpayers Association, a civil society group formed in 2006 by the Centre for Governance and Development (CGD) and its civil society partners to monitor government spending. In particular they have investigated the use of central government funds set aside for grassroots development work, known as the Constituency Development Fund. This year Sh36 billion (US$480 million) was allocated by the government to be shared between the country's 210 constituencies and overseen by local MPs. So far the NTA has produced two reports – one in October 2007 and a second one in March 2009, covering 23 and 32 constituencies respectively.

Mr Otieno says they are already seeing a difference in how MPs handle these funds. Fear of exposure, it seems, has forced them to become more accountable.

"There has been a tremendous improvement in the use of local project funds," he says, pointing to three recently finished classrooms in Funyula, a constituency 420 kilometres east of Nairobi, as evidence.

These classrooms are one of the many stark examples of the abuse of taxpayers' money revealed in the NTA's report. Despite a budget of Sh2.8 million (US$37,500), the classrooms only ever reached foundation level before the money disappeared.

"This was just a conduit used to siphon money," says Mr Otieno. He believes exposing this example of corruption is one of the reason former vice president Moody Awuori, who was then MP for Funyula, was not re-elected in 2007.

Mr Otieno explains that the current MP, Paul Otuoma, completed the classrooms when he won the seat (using half the budget spent by Mr Awuori), fearing reprisals from his constituents.

Antony Wanga, 42, a taxi driver in Funyula, approves of the NTA's work.

"The era of the blank cheque is coming to an end," he says. "MPs know that every step they make is being watched. Misuse of our money is the bait we are using to fish [MPs] out of parliament."

The NTA is just one of several civil society groups using research to fight corruption by providing citizens, like Mr Wanga, with information to demand accountability and policy changes.

In recent months, organisations such as the Media Analysis and Research Services (Mars) Group, a local anti-graft lobby, and Transparency International have invested in research on government spending.

They believe the more Kenya's people know about the way their taxes are spent, the less likely corrupt officials are to misuse them.

Mwalimu Mati, the executive director of Mars Group, says slowing down the wheels of corruption relies on providing objective information to citizens.

The organisation has employed researchers and financial analysts to pore over government records. As a result the group unearthed a Sh10 billion (US$135 million) error in the country's national budget in May.

"The information held by the elite exceeds that held by citizens and this offers room for the elite to manipulate our systems," says Mr Mati. "Our efforts to bridge this gap are beginning to bear fruit."

A June survey by the Institute of Policy Analysis and Research (IPAR), a local think tank, suggests that 90 per cent of Kenyan voters would not vote for a leader implicated in corruption, up from 70 per cent in June 2007.

"The public demand for full accountability of the executive has increased sharply," said Prof. Justus Mwanje, the executive director of IPAR.

He believes that growing scrutiny by civil society groups into how taxpayers' money is used could have partly contributed to this increase.

Back at the NTA, Mr Otieno and his team are stepping up their work. They plan to cover the rest of the country's constituency funds, releasing a new report every four months.

Mr Otieno says that around 170 MPs, equal to about 80 per cent of elected politicians, including Prime Minister Raila Odinga, have opened their management of the funds to public inspection.

"We are seeing [MPs] going slow on appointing their relatives and friends to the funding committees, and being reluctant to award their cronies contracts funded by government money," Mr Otieno adds.

"They are also now letting the citizens choose the projects they need and choose their own representatives to run the funds."

"The likelihood of misuse of taxes is being minimised by the day as Kenyans are getting more knowledge on how their taxes are spent," says Ekwee Ethuro, an MP and chairman of the Constituencies Fund Committee (CFC).

Still a long way to go

However, there is still much to be done. According to the anti-graft charity Transparency International's latest Perceptions of Corruption table, Kenya ranks 147th out of 180 countries.

"Some MPs are still running the constituency funds like their personal property, and they care little," adds Otieno, recalling an MP from western Kenya who threatened to harm NTA officials for scrutinising how government money in his constituency was being spent.

And incomplete health centres, schools and water projects still dot the countryside, albeit on a smaller scale than in 2007.

Mr Otieno believes using elections, which only happen every five years, as a way of punishing MPs is not enough of a deterrent.

Kenya's judiciary has been slow to take action against those involved in economic crime, with some court cases taking up to 20 years to reach a verdict.

But civil society will continue to put pressure on MPs to ensure taxes are spent correctly.

"Our legal system has never been a deterrent to those bent on stealing tax payers' money," says Mr Mati of Mars Group. "But we intend to keep up the pressure until the next elections in 2012."

Panos London and Panos Eastern Africa worked with two main partners to convene a workshop for researchers, CSOs and Kenyan media representatives at Lake Naivasha in Kenya on 15–17 November 2009.

The purpose of the workshop was to build the capacity of all three groups – researchers, media and CSOs – to interact productively to increase coverage of tax and governance issues in the Kenyan media. Another workshop aim was to help establish a forum or network of collaborators in the East Africa region to assure continued debate and coverage of these issues.

The workshop resulted in increased media coverage, with research adding depth to the reporting – and the establishment of the East Africa Tax and Governance Network.

Panos partnered with CommGAP, a global programme at the World Bank to promote the use of communication in governance reform programmes; with the Centre for the Future State (CFS), based at the Institute of Development Studies, in the United Kingdom. The UK Department for International Development (DFID) and CommGAP provided funding for the workshop.